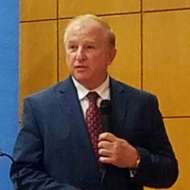 This user has not added any information to their profile yet.

Laurence
Gore
Laurence D. Gore & Associates P.A.
One East Broward Blvd. Suite 700
Fort Lauderdale
33301
United States
9544937400
http://www.goreinternationallaw.com
Mr. Gore has been a member of the Florida Bar since 1978. A graduate of Southern Methodist University and NSU Law School, Laurence Gore has received the honor of being named a. Super Lawyer of Florida. he has spent considerable time in advanced courses in Madrid, Spain, Oxford University and The Hague.
Mr. Gore was a member of the Florida Council on International Development. He has been extensively involved in the practice of travel and tourism law having written numerous articles and publications including creating the first travel law course and textbook for Nova University where he served as adjunct professor.
Mr. Gore is a frequent lecturer and writer on International wealth planning strategies and business and has spoken on probate, trust, and international real estate and tourism law topics all over the world including China, Syria, Cuba, Russia, France, and Mexico and on numerous seminars at sea programs with the Florida Bar and as a guest on American Airlines Skyradio “Best Lawyers in the U.S.”
He is a long-term director of IFTTA (International Forum of Travel and Tourism Advocates) and former international Secretary. Mr. Gore developed the IFTTA’s World Travel Dispute Center and trained travel industry specialists in mediation skills.
Laurence D. Gore has also been extremely active in social civic and business organizations including as Vice-Chair of Ft. Lauderdale Navy League, Aviation Advisory Board of the City of Ft. Lauderdale, the Ft. Lauderdale Budget Advisory Board and the Florida Council of International Development. He was president of Ft. Lauderdale Sister Cities for five years where he served as an international representative of business and goodwill for the city all over the globe. Laurence Gore currently serves as Vice-Chairman and State Commissioner of the Hillsboro Inlet District.