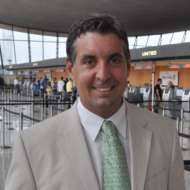 This user has not added any information to their profile yet.

He is a motivated, results-driven attorney with a successful record of accomplishments in both in-house and law firm settings. Daniel entered the specialized practice of travel law in 2006 when he began serving as corporate counsel to the American Society of Travel Agents, Inc. (ASTA).

Daniel has substantial expertise in a multitude of legal and business issues, including but not limited to state and federal regulations of sellers of travel; GDS and other specialized travel contracts; employment and independent contractor law; compliance with ARC rules and policies; waivers and disclaimers; and management of risk.

Daniel is admitted to practice law in Virginia and earned a Doctorate of Jurisprudence from the University of Baltimore School of Law. He also attended George Mason University School of Law for his third year of law school. During law school Daniel was selected for an international legal education fellowship in Sarajevo, Bosnia and Herzegovina which was sponsored by the American Bar Association and funded by the U.S. Department of State. He holds a Master of Science from the London School of Economics and a Bachelor of Arts from Syracuse University.

He is a triathlete and a two-time marathon runner. He has also travelled approximately 2,000 miles by bicycle from London, England to Athens, Greece. He is proficient in three languages - French, Spanish and Serbo-Croatian.